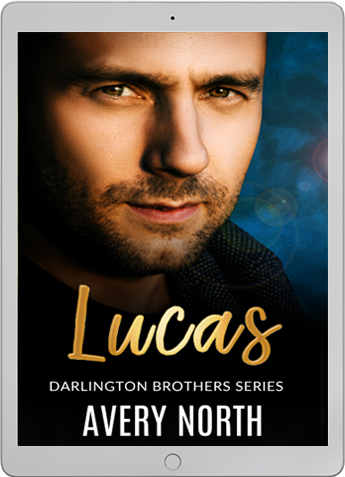 Get Your Copy Of Lucas

Lucas Darlington is one of the most sought-after and handsome real estate agents in the state, with ambitious plans to turn his late mother’s business, Darlington Realty, into a successful business. After breaking up with reality TV star Nancy Patterson he decides to leave love alone and focus on his business, helped by a suggestion from an old college friend that they become friends with benefits.

Everything in Lucas’s life is going great until he meets gorgeous baker and charity founder Sammy Wicker, and his world is turned on its head. Thoughts of her take over his mind, and he embarks on a quest to know this beautiful independent woman better.

Things seem to be on track for the two until Lucas is hired to sell the building Sammy’s bakery is located in, promising to make his company a lot of money. However, the new owner is kicking out the existing businesses for their own plans and Sammy is furious that Lucas is part of it, breaking up with him and refusing to see him.

Can Lucas find his way back to Sammy’s heart or will their businesses get in the way of their relationship?