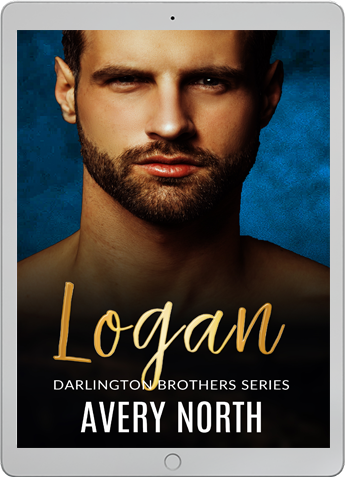 Get Your Copy Of Logan

Like his brothers, Logan Darlington loves working for Darlington Realty. Powerful, confident and handsome, he has been dating Vanessa Chilton for a few months but, although she fills the void in his heart for now, Logan can’t see a future for them. When a friend’s wedding makes Vanessa begin to pressure Logan for marriage, he tries to appease her by asking her to move in with him, only to realize it’s a mistake less than a week in.

As Logan is wrestling with how to break up with Vanessa, he is hired by Scottish beauty Chelsea MacDuff to sell her father’s estate, which includes a large castle based on the ancestral family home in Scotland. Logan and Chelsea are instantly attracted to each other, and Logan feels like he has found what he was missing in his life.

After meeting Chelsea, Logan realizes that he has to free himself from Vanessa’s clutches and orders her to leave his house and stay out of his life. Upset at being dumped and humiliated, Vanessa tracks down Chelsea and warns her that if she stays with Logan Vanessa will burn down her precious castle. Frightened, Chelsea tells Logan it can’t work between them and asks him to stay away.

Can Logan and Chelsea’s love grow in the face of Vanessa threats and malicious scheming? And can Chelsea save her home and get rid of the debts her father left her?