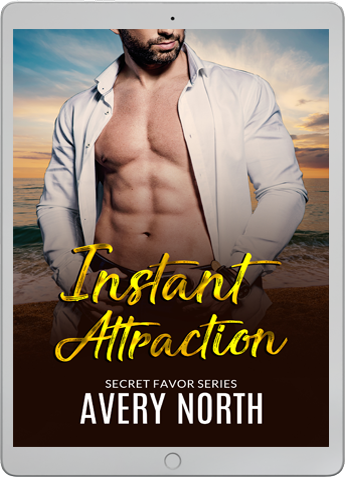 Get Your Copy Of Instant Attraction

An office romance could ruin his business – but he wants her anyway.

Mia Miller is on the hunt for her first big job out of college – and when her brother opens a door for her through the dashing billionaire CEO Ryan Maddison, it’s supposed to be their little secret. But when Mia starts shaking up the department and making enemies on day one, it looks like flying under the radar won’t be an option.

Ryan Maddison is all too aware of the rumours that hiring his friend’s sister could spark. But as soon as he meets Mia, he can’t control his growing attraction for her – even if an office romance risks creating a massive scandal. Mia and Ryan are determined not to let their blossoming desire get in the way of work. But when a business trip puts them alone together and away from the public eye, who knows what could happen between them…

After Ryan’s attention-seeking ex gets her hands on incriminating evidence and threatens to make it public, can Ryan and Mia hope to sweep this story under the rug? Or is their relationship over before it even had a chance?

Perfect for fans of steamy romances which are filled to the brim with tantalizing sexual tension, the first book in the Secret Favor series won’t disappoint. Scroll up and grab your copy now, because this wild ride has only just begun.