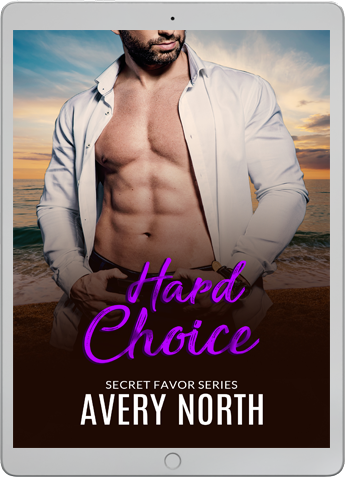 Get Your Copy Of Hard Choice

They’re meant to be together – if only he can convince her.

When Ryan gets into a terrible accident, Mia immediately flies to his rescue and brings him home without being mobbed by the press. She’s determined to keep their business and personal lives separate… no matter how hard that might be. But after she’s offered a shock proposal to manage a new part of the company – which would force her to leave Ryan behind – this new offer could change everything.

Faced with a harrowing reminder of his mortality, Ryan realizes just how much he needs Mia in his life. He’s dead-set on showing her what their relationship means to him… even if he has to take it one slow step at a time. But when an unexpected visitor from Ryan’s past appears and threatens to ruin everything, this might be the final nail in the coffin for the pair.

Can Ryan convince Mia that they’re meant to be together? Or will the drama be too much for them to handle?

Packed with plenty of drama and tension which will keep you hooked from the very first page, the next riveting book in the Secret Favor series is one you won’t want to miss. Scroll up and grab your copy now!