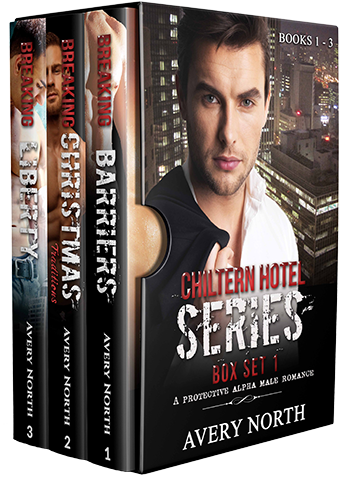 Get Your Copy Of Chiltern Hotel Box Set 1

Melissa finds herself thrust into a whole new world after the loss of her parents. She is now responsible for her brother as there’s only two of them left.

After the shock is over, it is time to get on with her new responsibilities which comes with changes… including moving to the city to take up a job as a waitress in a mid-level hotel. An altogether daunting idea since she’s lived on a farm all her life.

Having grown up in a family of chefs, Tom is keen to keep the tradition going. His dream is to be like his grandfather who owns a chain of fine dining restaurants across the state. Quite the charmer but with no time for anything but to make a career for himself he has all the girls longing for him but does not seem to notice.

None have managed to catch his fancy until the petite new girl known as Melissa comes to work at the hotel.

At first, it is sheer pity for the quiet girl who appears lost amidst the rest that draws him to her. With time, however, he realizes what a sweet-natured person she is and begins to fall in love with her.

Find out if the hunky sous chef manages to win the new girl.

Lloyd has always wanted to get away from his hometown. Therefore, when the chance arises for him to go and work as a gym instructor miles away in Chiltern Hotel, he immediately jumps at it.
Both staff and guests at the hotel love the idea of an in-house gym. Especially Paula, the curvy beauty who comes by the gym every once in a while to work out.
Lloyd finds Paula breathtaking and his eyes are set on her the moment he meets her. He’s unable to get her out of his mind and constantly finds himself fantasizing about her.
From then he starts the chase to win her over. However, not without a couple of challenges.

Find out if the handsome gym instructor manages to win the curvy beauty.

James takes to the new job at the hotel quite well and within no time becomes popular among colleagues. His friendly demeanour and easy attitude to work made him quite endearing to the others. It is not unusual to find him among other staff during breaks, chatting and exchanging jokes.
Meg is a fun loving girl and works as the receptionist at the hotel. She loves to party and have fun.
James meets Meg while the two are out having fun at a club one day. Their friendship becomes stable and they go out to party quite often. The relationship hits tumultuous times after Meg catches James getting cosy with a workmate.

Find out if the new hunky sous chef manages to win the sexy receptionist.